Why study mathematics? This is a catechism of mathematics education. The correct answer has something to do with the prevalence of mathematics, its applicability, its beauty, and its power.

What kind of person studies mathematics, and why? Again, there are plenty of answers. The student of mathematics, like students of other sciences, is curious, but patient and dogged. She or he is motivated by a fascination with the intricate patterns that make up the universe.

There is something to these inoffensive responses. But they are also highly sanitized and at odds with a realistic view of human nature. I can’t help but feel that when we advance them we are demonstrating a little bit of hypocrisy. A lot is being swept under the rug.

I posit the following four sources of motivation to study pure mathematics. They are not meant to be mutually exclusive, or very original.

Let me briefly expound on these.

This beautiful word, entelechy, as I understand it, means the state of something expressing its own inherent virtue. By the entelechy of genius I mean that there are certain great personalities, profoundly gifted, whose natural state seems to be in expressing their own special powers. I think a lovely quote to pair with this notion is the following well known morsel by François Arago.

Euler calculated without apparent effort, as men breathe, or as eagles sustain themselves in the wind.

While any number of famous mathematicians could be put down as especially expressing this category of motivation, it brings to mind the greatest of the great: Archimedes, Euler, and Gauss.

I am inclined also to add Ramanujan, Erdos, and Saharon Shelah for a bit of contemporary flavor. They demonstrate a lifelong torrent of mathematical activity– mathematics seems to emanate from them without obvious effort.

This is the attention-seeking form of self expression. It includes creation for the sake of self-aggrandizement, and domination.

This is the idea that there are truths about the universe that can be discovered, expressed or proven in mathematical form. Here is Russell explaining this to be the source of his own motivation (plug your ears for the sex parts):

In this category I include all Platonists, and most mathematicians who lived before the 19th century. Astrology and numerology, as well as sacred or hermetic geometry can go in this category. 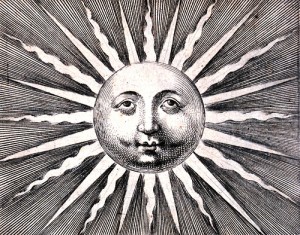 Pleasure that comes from contemplating the infinite should also be included.

The wonderful Japanese word shibumi can be summarized as referring to a form of harsh but sublime beauty. I believe it is an excellent word for characterizing the precise sense in which mathematics is beautiful. It is true that some visual components such as fractals, julia sets, and these amazing complex plots have a kind of rococo and/or psychedelic quality. However, all of them are manifestations of expressions and processes that are very simple.

I believe we partake of all the above motivational sources when we undergo an episode of mathematical creativity.

How many of these four kinds of mathematical motivation are available to our students? Which would we want them to have? The vast majority of our student body (or of any population) is not comprised of geniuses. We hope that our students will not become mathematicians out of masochism, or a savage urge for intellectual accomplishment and domination. This leaves the transcendent and shibumi as socially acceptable, or “healthy” motivational sources we can impart.

The aesthetic answer, I think, is well represented in traditional answers to the question of what makes mathematics worthwhile. This may be based in the eloquence with which Hardy, a devoted secularist, expressed these views in A Mathematician’s Apology (ff pg 15).

What I think is unjust, and what rankles with me as overcautious, is the suppression of the importance of the transcendent as mathematical motivation. It is true that many mathematicians were seemingly motivated by a simple desire to discover theorems. But many of them were motivated by the urge to penetrate the veil of reality, to discover or understand the divine, or even to acquire godlike qualities. Many people, from the Pythagoreans to Plato, to Pascal, Descartes, Newton, Cantor, Weyl, Russell and Gödel have either compared the consolations of mathematics to those of religion, or else claimed to have extracted actual knowledge of the divine through mathematics.

One of the great popular math books, The Mathematical Experience by Davis and Hersh, clearly takes as its model The Varieties of Religious Experience, by William James. In this book there is an amusing caricature of the “ideal mathematician” whose motivations realistically reflect what motivates true mathematical activity.

To talk about the ideal mathematician at all, we must have a name for his field. Let’s call it, for instance, “non-Riemannian hypersquares.”

He is labeled by his field, by how much he publishes, and especially by whose work he uses, and by whose taste he follows in his choice of problems.

He studies objects whose existence is unsuspected by all except a handful of his fellows. Indeed, if one who is not an initiate asks him what he studies, he is incapable of showing or telling what it is. It is necessary to go through an arduous apprenticeship of several years to understand the theory to which he is devoted. Only then would one’s mind be prepared to receive his explanation of what he is studying. Short of that, one could be given a “definition,” which would be so recondite as to defeat all attempts at comprehension.

The objects which our mathematician studies were unknown before the twentieth century; most likely, they were unknown even thirty years ago. Today they are the chief interest in life for a few dozen (at most, a few hundred) of his comrades. He and his comrades do not doubt, however, that non-Riemannian hypersquares have a real existence as definite and objective as that of the Rock of Gibraltar or Halley’s comet. In fact, the proof of the existence of non-Riemannian hypersquares is one of their main achievements, whereas the existence of the Rock of Gibraltar is very probable, but not rigorously proved.

It has never occurred to him to question what the word “exist” means here. One could try to discover its meaning by watching him at work and observing what the word “exist” signifies operationally. In any case, for him the non-Riemannian hypersquare exists, and he pursues it with passionate devotion. He spends all his days in contemplating it. His life is successful to the extent that he can discover new facts about it.

I do not believe (nor do Davis and Hersh really believe) that a typical mathematician is as naïve as their ideal researcher. But something about their characterization rings true; all the greatest mathematicians I know are fanatical Platonists. Without the conviction that one is prying open the doors to heaven, why would you passionately devote your life to adding a new block to an already grotesque mass of inaccessible scribbles? Of course many people believe two things at once—as Davis and Hersh remark, many mathematicians are Platonists in the week and formalists on Sundays. 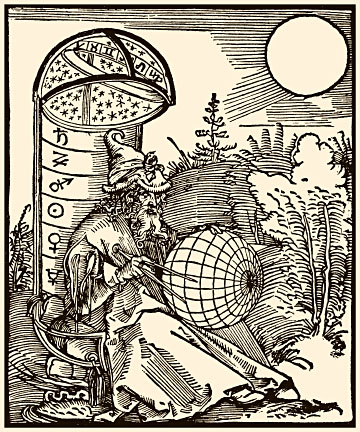 You cannot hypnotize a student into developing a badger-like constitution, but you can easily interest him or her in the mysteries of the universe, of which many are highly accessible. We may not be able to spend much class time on the hieroglyphic monad or peruse Gödel’s ontological proof for the existence of God, but there are mysteries of a more secular character.

What, for instance, is the solution to the problem of induction (in the sense of Hume)? How and when is inductive reasoning correct? What is probability? What is causality?

Does the infinite exist potentially, or actually?

What is computable? What is knowable? Why and to what extent is mathematical argumentation reliable?

I think it must be the case, as it certainly is in my own case, that these questions or similar ones are the true source of the interest we have in our research specializations.

In the current mood of postmodern agnosticism as to the meaning of mathematics, the positivist face we publicly wear as scientists, and the white knuckled secularism that is universal in modern education, it is perhaps difficult to relax enough to reveal the incomprehensible vortex of uncertainty that remains at the core of our intellectual lives. But the mesmeric allure of that vortex, whether true or illusory, is a longstanding source of motivation for scientific endeavor, and we should consider sharing it with our students.